Did you know abuse; neglect, poverty, sexual abuse and toxic stressors can shorten your life span and the life span of the children you are caring for? The Adverse Childhood Effect (ACE) study is taking root in communities far and wide; especially, those who take care of our target population. The study shocked my socks off! Imagine living in extreme poverty, abuse and neglect only to find out your ACE score indicates your life expectancy will be cut short once you reach a certain age from a one of many various illnesses. You better bet your tail I was scouring research on the resiliency scoring. More on this later.

I bet you’re asking…what is this ACE score anyway. The CDC defines ACE as such: “An ACE score is a tally of different types of abuse, neglect, and other hallmarks of a rough childhood. According to the Adverse Childhood Experiences study, the rougher your childhood, the higher your score is likely to be and the higher your risk for later health problems.” Your ACE score is directly linked to toxic stress. CMFCAA will be training on both the ACE scoring and toxic stress in the coming year.

Toxic stress can lead to higher ACE scores.  “Toxic stress response can occur when a child experiences strong, frequent, and/or prolonged adversity—such as physical or emotional abuse, chronic neglect, caregiver substance abuse or mental illness, exposure to violence, and/or the accumulated burdens of family economic hardship—without adequate adult support.”(APA, 2017) The American Pediatrics Academy highlights the effects of high ACE scores in a 2017 study, “The risk for long-term health complications increases as the ACE score increases. For example, if a child had both seen his mother physically abused and had also experienced physical and emotional abuse himself, he would have an ACE score of 3 and his risk would be significantly higher than an individual with an ACE score of 0 or 1. Over 63% of study participants had an ACE score of 1 or more. Over 12% had an ACE score of 4 or higher. This latter category showed significant increase in risk for health complications.”

Some of the health issues and risk factors that individuals exposed to ACEs in childhood experience at a higher rate included:

There is good news! The ACE Study provides a Resilience Study, too! So your child’s score can change drastically if there are positive environmental, educational or supports introduced. We know that the kids we serve and even perhaps our lives may be affected by adverse childhood experiences. It’s important get educated, take the test and participate in training specifically targeted to change the outcomes. CMFCAA will be offering informational training and more on the ACE study, testing and resources associated with resiliency scoring soon. Be on the lookout for specialized seminars and workshops in the near future.

View the ACE Study for yourself 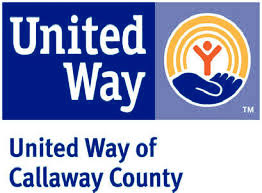